Kennet Valley TR Group 'tee up' against Glavon TR's at their Annual Challenge!

Kennet Valley TR Group and Glavon TR's held their annual challenge over the weekend and this year it was a Crazy Golf tournament at the Golfing Hole, Swindon. 7 KVG members took on 13 Glavon & 1 Wye-Dean TR's, in an attempt to win the coveted Challenge Cup. 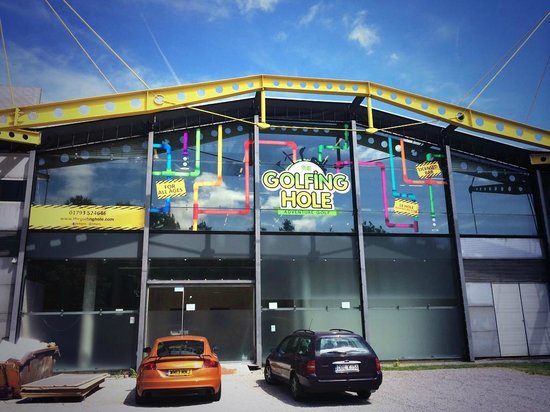 The very teasing holes certainly caused some frustration to the players especially hole 13 and the ultimate 18th, true to its word, it certainly was crazy golf, with complex shots into curling pipework and machine like boxes where as a player you hoped the ball would come out the other side. 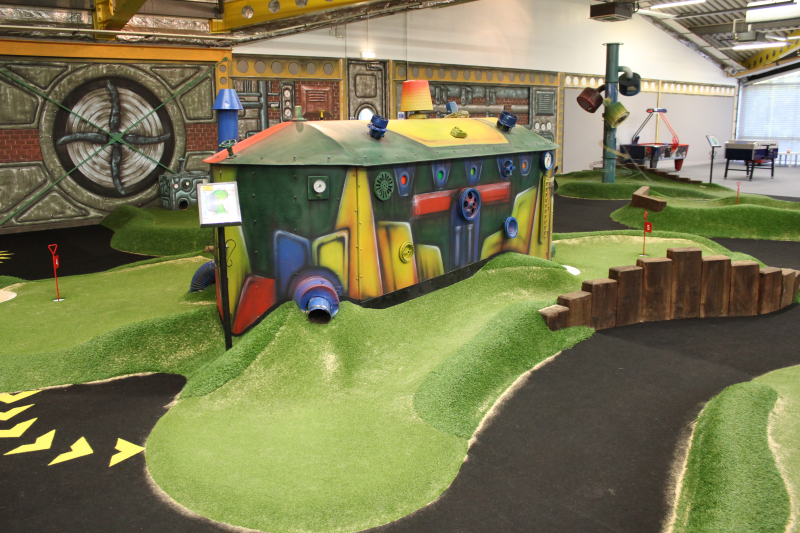 One of the tricky holes of the 9 hole course. 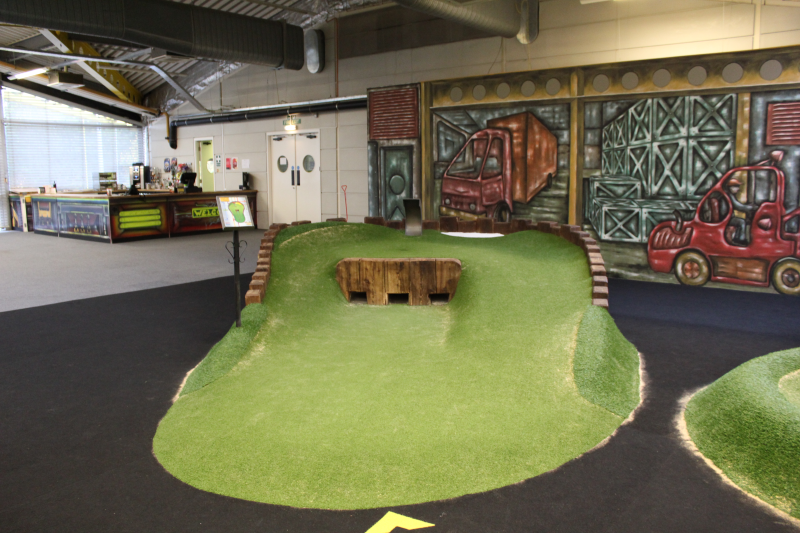 The dreaded 18th which many players had puts well into the double digits!

The match took just over the hour and then members had well deserved refreshments to wind down after all the excitement and frustration but most of all, a good laugh! It was then off The Crown, Broad Hinton for a Sunday Carvery lunch.

An excellent meal was enjoyed by all with a good chin-wag discussing the match and of course TR's and the dreaded 'B' word! It was then time to give the result. As there was quite a difference in team numbers, it was decided to add up the total holes taken and divide by the number players to get an average number of puts per player.

The most puts taken was by Roger from Glavon, a very best endeavour of 90 puts, however Group Leader Julian Booth attained the lowest number of puts with a commendable 46 puts.

So the averages were calculated and Kennet Valley TR Group averaged 65 puts per player, but Glavon TR's average 60.5 puts per player and were clear winners of the coveted Challenge Cup!

Phil Horsley - KVG GL gladly, I mean sadly, handed the cup back to Glavon which Julian Booth proudly accepted. Now Julian will have to keep it polished for 12 months ready for next years challenge which will be pub skittles, so watch this space for the date and venue.