Our speaker for November club night was Roger May, who has been researching the origins of the AA (Automobile Association) since the early 1980's, and his extensive knowledge on the subject was obvious, and very interestingly put across to all. His presentation was informative, and very well put together, and the whole talk was based on very local events and issues.

Started by a small group of disgruntled motorists in 1905, they initially called themselves the Motorists Mutual Association, but shortly changed this to the AA. It was prompted mainly because many people had complained about the noise, dust, and dangers of the newly introduced activity of driving a motor car along what were then dirt tracks mainly, which had now developed to the extent that some could reach speeds of 30 - 40 mph, or more!

So the police introduced speed limits, initially 12 mph, and placed 3 policemen at strategic points, and hiding behind trees and shrubbery where no.1 signalled to no.2 of a car passing a point, at which no.2 starts timing how long to reach a second point, then indicating to no.3 if thought to be speeding, to stop them. The first speed traps were now in use, so these AA men placed themselves upstream of the police traps, giving signs to warn the motorist, to the obvious distaste of the police! So initially the AA and the Police were working against each other, and were soon stopped from giving any signs to the motorist. However, the AA men remained in place, and just their presence and stance gave out the warning. 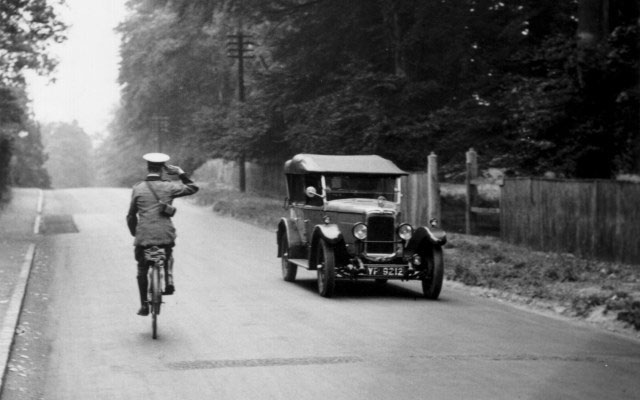 We progressed through the development of the AA box, initially a place to shelter from bad weather, until the telephone came along. It was often also a haven for the patrolman. Then there were the AA bicycles - pedal power and small petrol engined power, the motorcycle - later with sidecars, and the vehicles. We learned how the badge 'grew wings' by amalgamating with another motoring union, originally part of the RAC, which had become a more upmarket 'Gentlemen's Driving Club' than a motorists assistant, so the AA quickly gained membership from the 'not so elite' RAC members.

It grew very quickly, and by 1912 they were inspecting Hotels and producing books to recommend places to stay (or not to), providing maps, and by 1920 they were introducing the motorists 'Petrol Stations', the very first being on the London to Bath Road (now the A4) at Padworth.

Early road signs were non-existent, until the AA produced their own, yellow backgrounds with black wording, and placed them at junctions, outskirts of towns, etc. They produced well in excess of 60,000 signs in a short period of time. 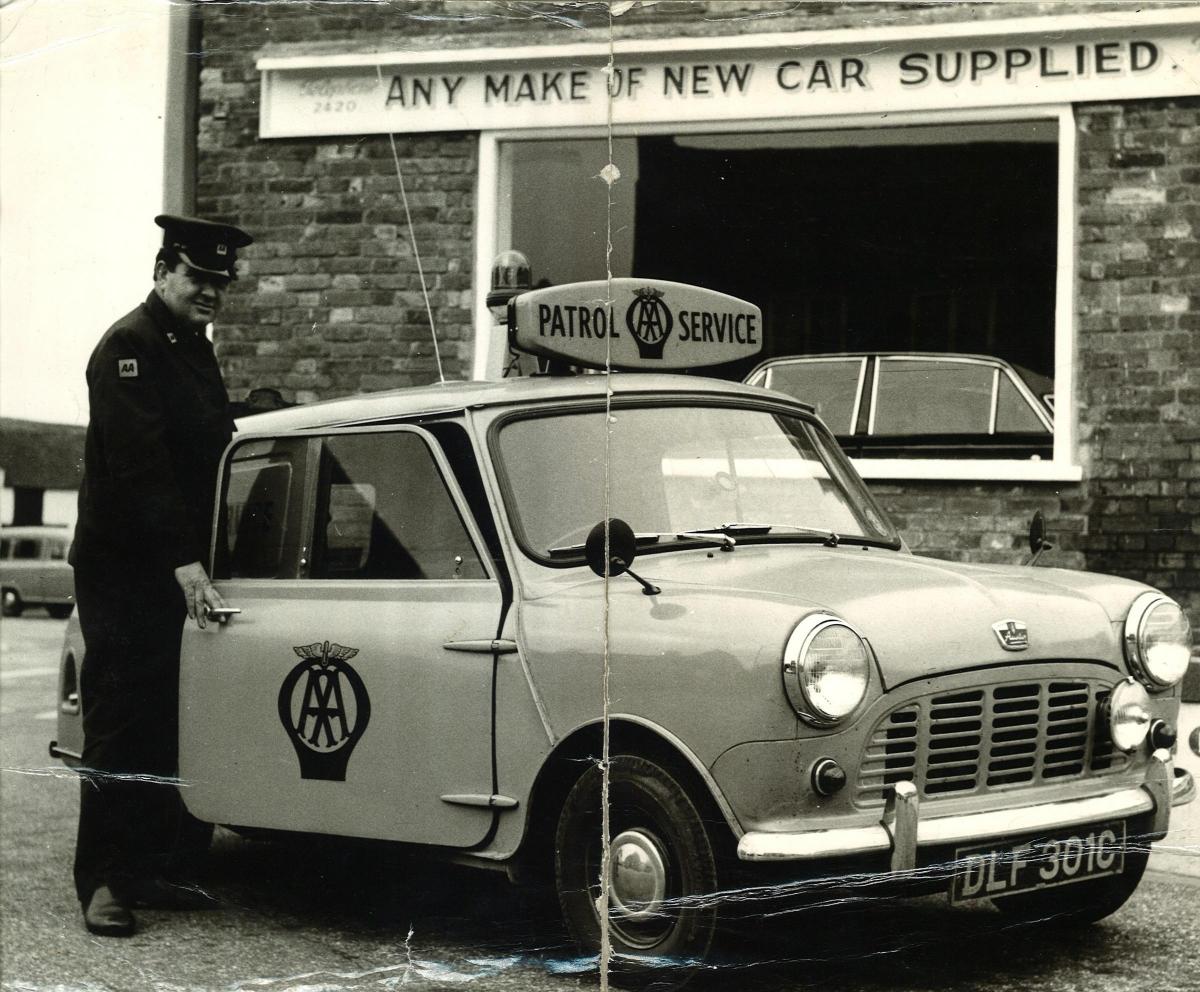 An extremely interesting and informative evening. Lots of early pictures and memorabilia during his presentation. Roger also has some other local interests he is researching, so watch this space, there maybe more to come in the future.

Thanks to Michael Field for the report and Karen Woolnough for organising the event.