The TR Register puts on a great display over the 3 days of C4RFest South despite the weather. 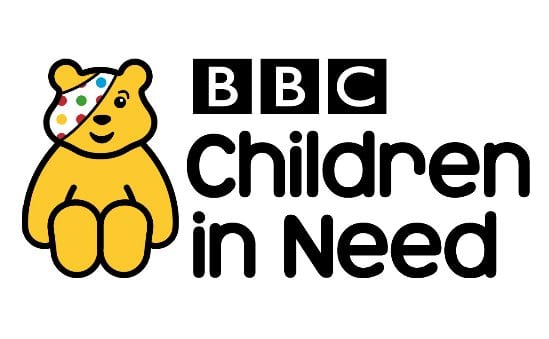 The stand was situated in the Vintage Village which was abundant with other classics such as John Lennon's Psychedelic Rolls Royce which caused such controversy when he did it especially with Rolls Royce.

The crowds were quite big on the Friday especially as C4RFest opens at 12:00 that day, the Vintage Village entertainment was in full swing with period music and singers and the ever-popular dance classes.

The stalls in the Vintage Village sold everything from period dress which many people were taking up the spirit, to memorabilia from many eras.

Around 5pm, the liquid sunshine started to fall, and the Vintage Village wound up at 6pm, so it was time then to head to the stage area, get some food and listen and dance the night away to the headline groups that night, being Rak Su, Texas, The Proclaimers, Who's Molly & Paloma Faith.

Day 2 Saturday saw a swap to Rod & Diana Pearce TR2 and Kevin & Carol Nichols TR6, this was the best weather day with sunny periods and no rain. This really drew in the crowds and the whole festival was heaving with people, trying the OEM cars, buying from stalls, food, ice creams and enjoying the live music in the Wigwam stage.

The Battle of Britain Memoria flight flew over with an excellent low level display, thrilling the crowds and causing them all to look skywards.

Of course there were many 'famous' people walking around C4RFest and driving their cars, we saw TV Chef James Martin, ex-Wheeler Dealers star Ed China and Felix Rosenqvist, Formula E driver for Mahindra to name but a few.

From top to bottom, James Martin, Ed China, Felix Rosenqvist and his Mahindra Formula E, some argue the technology of the future car?

Certainly, even though it was long days, time flew and before we knew it was time to head for food and music again, this night we were treated to the sounds of Billington & Quinn, Jools Holland, Michael Ball & Alfie Boe, Razorlight, Reef, Richard Ashcroft and Miles Cane.

Now to day 3, Sunday, we had a short dry morning but then the heavens opened and pretty much stayed all day, on this day we were joined by Robert & Yvonne Longstaff in TS2 and Den & Val Carter in their TR6.

Of course, the weather really dampened the event, but despite this, there were still stalwarts in wet weather gear looking around the festival and despite the TR's all being roofs and windows up there was still good interest in the cars, and of course Chris Evans was always trying to lift spirits.

The ever-entertaining crew of the Vintage Village carried on singing, people were dancing and just ignoring the wet disappointment of a day. We were very thankful to have the marquee and time still flew as the great British spirit reared and everyone had great 'tete a tete' enjoying each other's company.

Even now time flew and again we were at the last evening of entertainment with great acts as follows, C4RFest SuperGroup including Sophie Ellis Bexter, Beverley Knight and Ricky Wilson, much to the joy of Wayne, Clean Bandit, The Feeling, The Lionels, James Bay and of course Status Quo who gave one of the best sets I've ever seen from them.

The evenings final act was 'Lord of the Dance', these great Irish dancers showing their skills and a little more when to everyone's surprise and attention from the male audience at C4RFest, the Irish Ladies stripped to underwear to do the dance, quite different but effective.

The night then wound up C4RFest South for 2018 with a super firework display to send the public home. It was then time to leave and after all the rain, a little tricky leaving a very wet and ever 'mudding' field, certainly I had to wash my TR250 twice and spray the underside with a hosepipe to get it off.

This is the third year the TR Register has exhibited and yet again had great interest, we plan to be there again next year if we are invited, so look out for the advert about the event next August Bank Holiday weekend on the TR Register website.

I would like to personally thank all TR Register members and partners who attended for putting on a great display in some not very nice weather and getting up early to be there, I'd also like to thank Anne Rosberg from Brand Events, Barbara & Martin, and Alex for there support and help leading up to and during C4RFest, they all helped to a smooth running and very enjoyable weekend!