Spot the Spitfire in the picture above?

12 Kennet Valley TR Group members and friends attended the 100th Battle Proms at Highclere Castle, Highclere Castle was the seat of the 5th Earl of Carnarvon who, in 1922, famously discovered the tomb of Tutankhamun with his colleague Howard Carter. More recently, the Castle has become the central character in the ITV period drama 'Downton Abbey' which has achieved extraordinary international fame. The Battle Proms takes place directly overlooking this impressive and iconic building.

KVG enjoyed a thrilling mounted skill-at-arms display by the exper calvery troop and the informative stage commentary. The 2018 cavalry display is performed in full 1918 regalia to mark 100 years since the end of WWI.

The Red Devils, The Parachute Regiment inthe skies above the concert.

To commemorate 100 years since the end of WWI, Battle Prom gunners heralded the commencement of the musical programme and the arrival of the Spitfire with a volley of shots from a vintage 13 pounder field gun, accompanied by piper Mark Bisset. 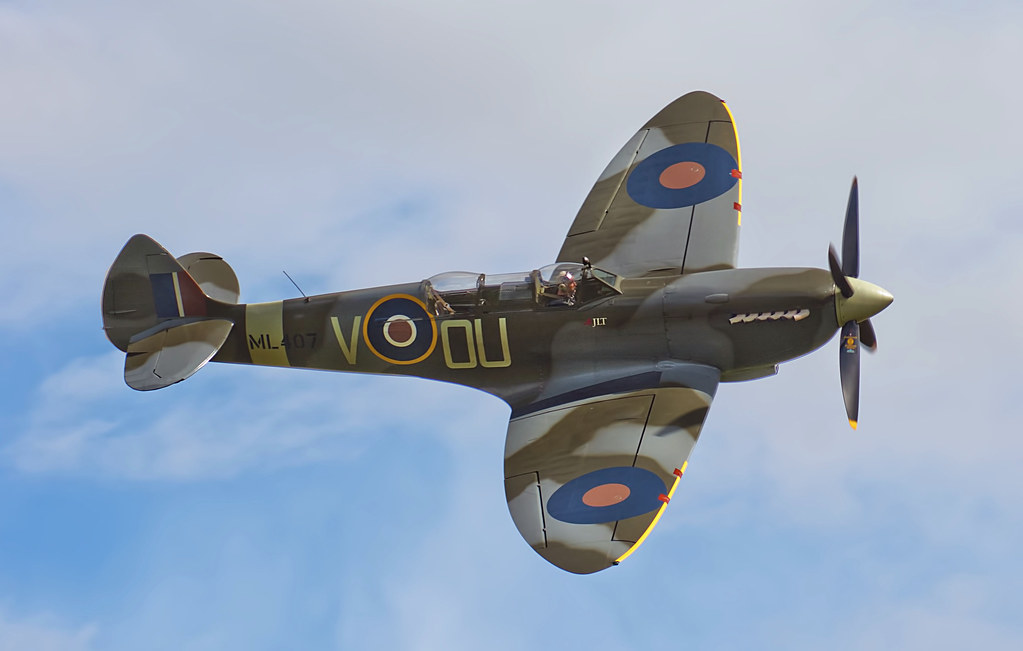 The historic and unmistakable sound of the Spitfire engine roared overhead in accompaniment to the concert's opening pieces. This meticulously choreographed and tear-jerking aerial display was performed by the legendary Grace Spitfire in the skies above the arena and certainly the best display of a Spitfire that members had seen for years!

The evening continued with an uplifting and inspiring celebration of soul-stirring classical favourites, performed by the New English Concert Orchestra, conducted by Douglas Coombes MBE and hosted by popular BBC presenter Pam Rhodes.

The Battle Proms orchestral performance includes the ground-shaking drama of more than 200 replica Napoleonic cannons set to music of the era. The 'first half' finale is the rousing 1812 Overture by Tchaikovsky, performed in true Battle Proms with a thunderous percussion of cannon fire, serving as a pyrotechnical warm up to our signature piece: Beethoven's 'Battle Symphony'.

Spot the Spitfire again in this picture?

The Battle Proms is still be the only place in the world where you can hear this dramatic piece performed as Beethoven intended, with the full complement of 193 cannons, plus musket fire and fireworks, providing a unique and breathtaking musical spectacular.

The perfect summer evening closes with the traditional sing-along, flag-waving proms finale, including favourites Jerusalem, Rule Britannia, and Land of Hope and Glory, culminating in a dazzling firework spectacular!